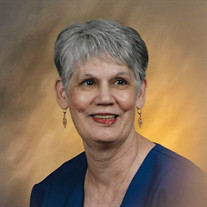 Sharon A. McHale Smith, age 85, a resident of Mobile, AL, passed away October 17, 2021. She was preceded in death by her husband, Joseph Francis Smith, Jr; brothers, Bob McHale, Wesley McHale, Gordon McHale, and Kenneth McHale; son, Michael Joseph Smith; and grandson, Thomas Andrew George, Jr. She is survived by her children, Kerry (Tommy) George, Larry (Adrianne) Smith, and Roxanne Smith; grandchildren, Laura (Josh) Segler, Michael Glen Smith, Michael Thomas George, Kenneth Robert (Jennifer) Smith, and Kristen A. Smith; 5 great-grandchildren; sister, Judith Cain; brothers, Bud McHale and Tom McHale, other relatives, and many friends. Visitation will be held at Providence Presbyterian Church, 2320 Schillinger Rd S, on Thursday, October 21, 2021 from 11 AM-1 PM followed by service at 1 PM. Interment will be held in Serenity Memorial Gardens. Graveside attendees to meet at mausoleum to be escorted by funeral home staff to committal. Sharon worked for the phone company in Hayward, California in 1953-54, and married Joe Smith in August 1954, at a chapel in Reno, Nevada. She moved with her husband, Joe, and 3 children to Mobile, Alabama in 1960. Shortly after the move they bought a new home in Prospect Heights on Three Notch Road and she lived there until March 2003. After which time she and Joe bought a garden home in Magnolia Village on Dawes Road. She became the Treasurer of the HOA for Magnolia Village and enjoyed a close friendship with many of her neighbors. During the mid to late 1960s, Sharon sold Avon in the area that included many of the neighborhoods along Three Notch Road. She worked as a substitute teacher with the Mobile County School system, often substituting at Nan Gray Davis Elementary School. Once all of her children were in school, in the early 1970s, she took a job working in the main office for Serenity Memorial Gardens. Later, she worked for a local CPA firm as a receptionist, office manager, and bookkeeper. She remained in the accounting industry, having worked for 2 separate accounting firms, until she retired at 80 years of age in 2016. Her favorite leisure time activities where crocheting, taking piano lessons, and just about anything she could do for her church. She was one of the founding members of Providence Presbyterian Church in June of 1990. She became an elder with the church and taught the kindergarten Sunday school class, and later started teaching the adult bible study classes regularly. If you wish, in lieu of flowers, a donation can be made to McKemie Place - mckemieplace.org or P.O. Box 851418, Mobile, AL 36685.

The family of Sharon A. Smith created this Life Tributes page to make it easy to share your memories.

Send flowers to the Smith family.