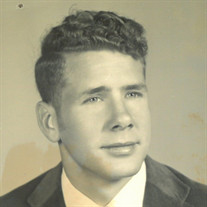 Winston Douglas Clark, Sr. passed away on April 16, 2022. He was born on July 2, 1941 in Bayou La Batre, Alabama where he was raised and spent his life. An avid fan of football, Winston loved Alabama Crimson Tide. In his high school years, he... View Obituary & Service Information

The family of Winston Douglas Clark Sr. created this Life Tributes page to make it easy to share your memories.

Send flowers to the Clark family.