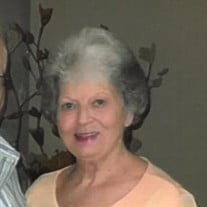 The love story of Ricky and Alice White began when they met as teenagers and were married 3 months later, a marriage which lasted over 54 years until the time of their deaths, one day apart. Richard Wayne White was born in Mobile, Alabama on February 18, 1946, and departed for his heavenly home on January 31, 2022. He was preceded in death by his mother, Maggie Hoodless White; father, Jackson White; and sister-in-law, Jewel White. He is survived by his daughter, LaShay Carman; son, Chris (Jennie) White; granddaughters, Taylor Carman and Krisanna White; grandson, Chance White; brother, Steve White; sister, Barbara (Lulu) Lott; other relatives, and friends. Vera Alice White was born June 29, 1948 in Columbus, Georgia, and departed for her heavenly home on February 1, 2022. She was preceded in death by her mother, Vera Lee Braxton Smith; father, Douglas Cecil Smith; and brother, Douglas Alfred Smith. She is survived by her daughter, LaShay Carman; son, Chris (Jennie) White; granddaughters, Taylor Carman and Krisanna White; grandson, Chance White; other relatives, and friends. Ricky, as he was known, was born in Mobile, AL and spent most of his adult life in Semmes, AL. He attended Baker High School where he was a standout athlete, particularly in baseball. His love for baseball continued as he grew older, and he also fell in love with softball. He played, coached, and umpired both sports for years, making many friends along the way. He worked for International Paper Company for 25+ years until retirement. He loved doing kind things for people in his community and many of the Semmes' businesses will miss his frequent visits with freshly baked cookies he prepared himself. Alice was born in Columbus, Georgia, and was a lifelong resident of Mobile and Semmes. She also attended Baker High School. Alice loved photography and worked for Prestige Photography for 2 decades before retiring for the best job ever, to care for her grandchildren! That never stopped her zest for snapping photos; it just gave her more subjects. She was forever asking to take a picture or two, sometimes to her family’s annoyance, but something they are very grateful for now. Alice even asked for pictures and selfies to be taken with her children while she was literally on her deathbed, knowing these would be treasures for her them and her grandchildren in the years to come. As they grew older, their lives revolved around their children and grandchildren. Ricky and Alice loved watching them participate in sports and other activities. They made it a priority to attend every event they possibly could, bringing them much pride and happiness. They were well known in the Semmes community by their grandparent names, “PawPaw” and “Ganny,” with many of the kids growing up considering them to be like family. They also spent as much time as possible traveling to visit their son, daughter-in-law, and two grandchildren in Jacksonville, Florida, which was always a treat but made the distance more pronounced when they had to leave. They were active in several churches over the years and most recently with Gracepoint and Pathways Churches. Both will be remembered for their kind words to everyone they encountered and for their love of God and their love of family. They were reunited in heaven after being apart for only 30 hours. Visitation will be held on Monday, February 7, 2022 from 2-3 PM at Serenity Funeral Home, followed by service at 3 PM. Interment will be held in Serenity Memorial Gardens.

The love story of Ricky and Alice White began when they met as teenagers and were married 3 months later, a marriage which lasted over 54 years until the time of their deaths, one day apart. Richard Wayne White was born in Mobile, Alabama on... View Obituary & Service Information

The family of Vera Alice White created this Life Tributes page to make it easy to share your memories.

The love story of Ricky and Alice White began when they met as...

Send flowers to the White family.