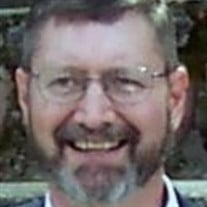 Steven Henry Fitch was born on May 15, 1951 in Conrad, Montana. He was the third child of six born to Pastor Virgil and Helen Fitch. His youth included moves to Jackson, MN; New Ulm, MN; Dresser, WI; and Spring Valley, MN, where his father started and pastored churches. Steve’s high school years were spent in Spring Valley, MN, where his “over six foot five” frame found a home in the basketball program. After graduation, he attended Pillsbury Baptist Bible College for a time and sometime afterwards accepted the Lord as Savior at age 21. In 1972, he married Claire Seiffert of Litchfield, MN. They moved to Owatonna, MN, in 1974, residing there for over 20 years. While in Owatonna he was employed by the Owatonna Tool Company as a press operator and was active in Grace Baptist Church. In the fall of 1986, Steve suffered a life changing construction fall that left him with disabilities that permanently kept him from returning to full-time work. He learned to use his damaged arms to painfully do many things but could never use them in repetitive motions again. He took joy in small projects and taking damaged bikes in, laboriously repairing them for children and adults for no charge. He eventually completed a Bible/Missions degree at Pillsbury College. His desire to serve the Lord eventually led the family to the Native American mission field in Arizona. He served as a work group organizer on the Ft. Thomas mission property, while the family worked in the mission office and out on the San Carlos and White River Apache reservations, doing backyard Bible studies, home visits, school presentations, and other activities to advance the Gospel of Christ. When his health began to fail, a move was made to Tucson, AZ to be near the specialists that cared for him. After 15 years of declining health in Arizona, Steve and Claire moved to Mobile, AL to be near their daughter and family. Steve’s love for the Lord, and faith in the goodness of God never wavered through the years. He is survived by his wife, Claire; four children, Andrew (Laura) Fitch, Matthew Fitch, Daniel (Abby) Fitch, and Amber Cline; eleven grandchildren; five siblings, Phil (Anne) Fitch, Dorothy Fitch, James Fitch, Ruth (Joe) Roets, and Paul (Linda) Fitch; other relatives, and friends. Visitation will be held on Saturday, August 28, 2021 at Meadowlake Baptist Church from 10-11 AM with service to follow at 11 AM. Interment will be held in Serenity Memorial Gardens at mausoleum.

Steven Henry Fitch was born on May 15, 1951 in Conrad, Montana. He was the third child of six born to Pastor Virgil and Helen Fitch. His youth included moves to Jackson, MN; New Ulm, MN; Dresser, WI; and Spring Valley, MN, where his father... View Obituary & Service Information

The family of Steven H. Fitch created this Life Tributes page to make it easy to share your memories.

Send flowers to the Fitch family.