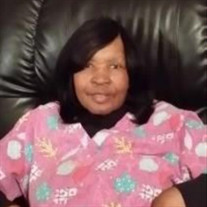 Mamie Westbrook, age 84, passed away on Friday, March 4, 2022. Mamie was born October 27, 1937. She was born to Thomas and Melissa Finch in Demopolis, AL. Mamie was devoted to her family. She worked hard taking care of everyone. She loved... View Obituary & Service Information

The family of Mamie Lee Westbrook created this Life Tributes page to make it easy to share your memories.

Send flowers to the Westbrook family.