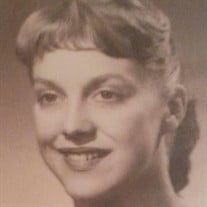 Mrs. Linda D. Falin passed away on January 24, 2022 at the age of 78 in a local hospital surrounded by her loving family after suffering a stroke. She was born in Dayton, OH on July 22, 1943 to the late Aaron Alfred Duncan and Fern Eleanor Snow. She is survived by her husband of 61 years, Roger “Butch” F. Falin; three sons, Daryl (Chrystal) Falin, Timothy (Renee) Falin, and Michael (Donna) Falin; four grandchildren, Jessica F. (Jacob) Coleman, Joshua R. Falin, Ashley F. (Zach) Booth and Sarah K. Falin; five great-grandchildren, Braiden, Luke, Harlie Kate, Emersyn, and Nolan; brother, Aaron (Maria) Duncan, Jr.; two sisters, Carol Sue D. Hobbs and Colleen Kay (Carl) Hensley; nieces, nephews, other relatives, and many friends. She was preceded in death by her brothers, Thomas E. Duncan and Floyd E. Duncan. After marrying her high school sweetheart in Austin, KY on Christmas day of 1960, Linda moved away from her childhood home with Butch to Ft. Riley, KS, where he was stationed by the U.S. Army. There, she gave birth to her first child, Daryl, on December 9, 1961. After his military service ended, the three of them eventually moved to Mobile, where they continued to grow their family and build their life together. As time passed, she gave birth to two more sons and built a strong, loving family which became the greatest source of pride and joy in her life. Linda had so much love to give and no matter how large her family eventually became, every member of it felt and experienced that love in so many ways. Linda was a dedicated wife, mother, and homemaker, but those words seem so inadequate to describe the person she was to all whose lives she touched and who knew her. She was also so much more; she was a family builder. She truly was the foundation of her family, a lifelong, dear friend to some, a casual acquaintance to others, but gave comfort and joy to all who knew her. Strong in her faith and committed to the Lord, she instilled and nurtured that faith in her family and friends. Through ups and downs, good times and bad, she was the glue that held us all together. She was our rock, but though she may be gone for now, she taught us well, and through her shining example, we will go forward with faith in the Lord, love, and strength, and through us all, her beautiful legacy will endure. Good bye Mom, for now…… Dearly loved and missed, Your family

Mrs. Linda D. Falin passed away on January 24, 2022 at the age of 78 in a local hospital surrounded by her loving family after suffering a stroke. She was born in Dayton, OH on July 22, 1943 to the late Aaron Alfred Duncan and Fern Eleanor... View Obituary & Service Information

The family of Linda Duncan Falin created this Life Tributes page to make it easy to share your memories.

Send flowers to the Falin family.