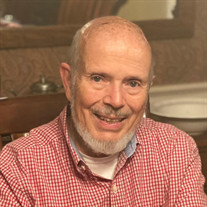 Gerald "Jerry" L. Wilson was born and raised by Robert and Kathryn Wilson in Warren, Ohio. He graduated from Bowling Green State University (Ohio) with a degree in History. He earned a Masters in Communication Arts from Miami University (Ohio), and earned a PhD in Communication from University of Wisconsin-Madison. Jerry and Lin met while attending Bowling Green State University, and were married in 1966. Soon after their wedding, Jerry reported for active duty in the U.S. Army where he served for three years as a helicopter pilot. He began his professional career as an instructor at Northern Illinois University in Dekalb, Illinois. Lin and Jerry welcomed their son, Ryan, in 1975. They moved to Indianapolis, Indiana in 1977 where Jerry was an assistant professor at Indiana University/Purdue University at Indianapolis. They were blessed by the arrival of Hannah in 1979. The family moved to Mobile, Alabama in 1980 when Jerry accepted a teaching position at the University of South Alabama. He spent the next 37 years serving the students and faculty at USA with his teaching, writing, and research, including 17 years as the chairman of the Communication Department. Throughout his life, Jerry enjoyed serving others through many years of involvement in Marriage Encounter, Boy Scouts, leadership at Christ UMC, and volunteering at the Mobile Museum of Art. A few of his favorite hobbies were woodworking, gardening, and cooking. Jerry is survived by his “beautiful bride” of 55 years, Lin Wilson; two children, Ryan Stewart Wilson and Hannah Beth Wilson; two grandchildren, Faith Marie Wilson and Jason Tyler Wilson; three great-grandchildren, Kaiden Ray Wilson, Harper Louise Spiller, and Ellie Rae Spiller; twin brother, Harold Wilson (Charlene); sisters, Carol Morris and Beverly Nagle; and many nieces, nephews, cousins, and friends. Jerry was preceded in death by his older brother, Walter Wilson. Visitation will be held October 20, 2021 from 9-11 AM at Christ United Methodist Church, followed by service at 11 AM. Interment will be held in Serenity Memorial Gardens.

Gerald "Jerry" L. Wilson was born and raised by Robert and Kathryn Wilson in Warren, Ohio. He graduated from Bowling Green State University (Ohio) with a degree in History. He earned a Masters in Communication Arts from Miami University (Ohio),... View Obituary & Service Information

The family of Gerald L. Wilson created this Life Tributes page to make it easy to share your memories.

Gerald &quot;Jerry&quot; L. Wilson was born and raised by Robert and Kathryn...

Send flowers to the Wilson family.