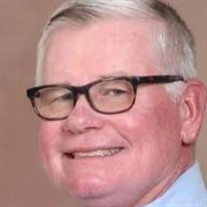 David Paul Delmas, age 58, died of pancreatic cancer on November 21, 2021, at his home in Grand Bay, Alabama. Dave was born in Pascagoula, Mississippi, and raised in Grand Bay, Alabama. He lived in Arizona, New Jersey, Florida, and Russia before returning to Alabama. He served in the United States Army in the Intelligence Branch. Dave studied art and criminal justice at Auburn University, and Russian language and literature at the University of Alabama and the Finance Academy of the Russian Federation Government. Dave and his wife, Peggy, started their lives as newlyweds with a grand adventure, working and studying in Moscow, Russia. Dave was a gifted carpenter and worked most of his life in construction management. His work can be seen throughout the southeastern U.S. in hospitals, universities, commercial, government, and religious buildings, as well as in private residences. Dave was previously employed by Brasfield and Gorrie (Birmingham), University of Alabama at Birmingham Design Build Services, Fletcher Construction (Pascagoula), MW Rogers Construction Company (Mobile), and most recently St. Mary’s Parish (Mobile). Dave was a member of St. John the Baptist Catholic Church parish in Grand Bay where he served as a member of the Parish Council and Finance Council, and helped to maintain the church buildings. He enjoyed studying and reading about history. Family was highly valued and Dave made his family his first priority. He started his own business when his children, Paul and Ruth, were young so that he could make his own hours and spend more time with them. Dave was an extraordinarily devoted father and thought the world of Paul and Ruth. Dave is survived by his wife of 28 years, Peggy Crews Delmas; children, Paul and Ruth; mother, Martha Flanagan Delmas; siblings, Terry (Mike) Dossett, Tim (Deronda) Delmas, Richard (Vickie) Delmas, Patrick Delmas, Tony (Brenda) Delmas, Jean Marie Delmas, John (Janea) Delmas, and Frances (Doug) Ashley; numerous nieces and nephews; as well as by his father-in-law, Lamar Crews; mother-in-law, Earline Crews; brother-in-law, Jon Crews; other relatives, and friends. He is preceded in death by his father, Paul Anthony Delmas. A memorial mass will take place at 11:00 a.m. on Saturday, December 4, 2021, at St. John the Baptist Catholic Church in Grand Bay. Father Stephen Vrazel will officiate. A reception will follow mass in the church fellowship hall. The family welcomes donations to the American Cancer Society in Dave’s honor instead of flowers.

The family of David Paul Delmas created this Life Tributes page to make it easy to share your memories.

Send flowers to the Delmas family.