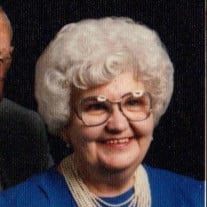 The only surviving child of Lorenzo Dow and Emma Olivia Gollotte Hudson, Daisy Lee Hudson Montgomery passed from this life to glory on October 28, 2021. She was preceded in death by her parents; husband, Rev. Charles Milton Montgomery; two... View Obituary & Service Information

The family of Daisy Lee Montgomery created this Life Tributes page to make it easy to share your memories.

The only surviving child of Lorenzo Dow and Emma Olivia Gollotte...

Send flowers to the Montgomery family.