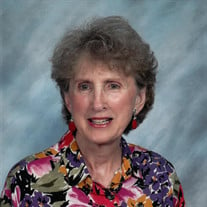 Aline R. Maloy, age 93, received her reward in Heaven on November 22, 2021. She is at rest in the presence of her Savior and Lord, Jesus Christ and His holy angels. Aline was born August 12, 1928 on a farm in Scott County, 11 miles from Forest, MS. She was the third child born to Katherine Aline King Rape and Mack Donald Lay Rape. Aline was preceded in death by her parents; sister, Lolly; brother Donald; her third child, Jerry Maloy (age 46, who died of a stroke); her first grandson, Bruno Kielich (age 19, who died in an auto accident); as well as the fathers of her children, John Carl Gravette and Evan Artis Maloy. Aline is survived by her children, Pamela Jane Gravette Kielich Elenowitz (Michael), Michael John Gravette (Dianne), and Donald Joe Maloy (Karen); grandchildren, Aron Kielich (Sarah), Laura Gravette, Michelle Gravette Kutz (Jason), and Jessica Gravette Brown (Blake); great-grandchildren, Levi Brown, Lily Marie Brown, Hadley Kielich, Madison Kielich, Liv Kielich, Callum Kielich, and Tristan Gravette; nieces, nephews, other relatives, and many friends. Aline was an active member for years of Olive Baptist Church and Joy Sunday School Class, making lots of dear friendships. Visitation will be held on Saturday, November 27, 2021 from 10-11 AM at Serenity Funeral Home, followed by service at 11 AM, 8691 Old Pascagoula Rd, Theodore, AL. Interment will be held in Serenity Memorial Gardens. Pastor is James Mercer. Aline was employed as a Production Clerk/Typist at Brookley Air Force Base in Mobile, AL. When she became ill with tuberculosis and was hospitalized for a 1-1/2 year in the tuberculosis hospital in Mobile, her job was held and she returned to work upon discharge until Brookley closed in February, 1956. She immediately sought employment in Panama City, FL and was hired as a clerk at Tyndall Air Force Base. She took extra courses on base and was accepted as a secretary/stenographer, grade raise GS-4. She also worked every Christmas shopping season at Sears Roebuck in order to support her children with necessities as well as gifts under the Christmas tree. Aline was blessed with abundant energy and, like her parents, she loved gardening with the added bonus of beautiful vegetables produced for the dinner table. Her special gift from the Lord was a talented singing voice and her love of music grew. She sang in the choir as an alto but she also sang at weddings. She loved to play the piano, played a mean harmonica, and had the voice of an angel. She loved her family dearly. When she retired from civil service she graduated from Cosmetology school in Mobile and worked Fantastic Sams until her twin granddaughters, Jessica and Michelle, were born. She then became the sitting grandma while their parents worked. She was the caregiver for her parents in their declining years. She moved to Pensacola on Mother’s Day, 1998 after their death. The family would like to thank Vitas Healthcare for their heartfelt and compassionate care of Aline. In lieu of flowers, the family asks that contributions in Aline's name be made to the charity of one's choice or Vitas Healthcare. Special thanks to Mr. Young with Vitas Hospice.

Aline R. Maloy, age 93, received her reward in Heaven on November 22, 2021. She is at rest in the presence of her Savior and Lord, Jesus Christ and His holy angels. Aline was born August 12, 1928 on a farm in Scott County, 11 miles from Forest,... View Obituary & Service Information

The family of Aline R. Maloy created this Life Tributes page to make it easy to share your memories.

Send flowers to the Maloy family.